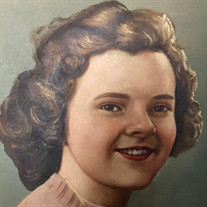 Alice R. Catania (Gemme), 87, of Rocky Hill, passed away peacefully early Monday morning (November 11, 2019). Alice was born on August 21, 1932 in Springfield, MA to the late Richard and Lillian (McQuillan) Gemme. Alice graduated from Wethersfield High School in 1951 with the intent to pursue a secretarial position. This changed when she married her high school sweetheart, the late Charles F. Catania on Friday, June 13, 1952. Some of the happiest moments in her life were as a newlywed living on a U.S. Navy base in Newport, RI. As her husband Charles pursued his career as a Rocky Hill police officer, Alice became his solid partner supporting him and their six children as a homemaker. While raising their children, Alice also helped foster children through the Sisters of Mercy and St. Agnes Home programs. Furthermore, she operated her own daycare facility out of her home for many children over the years. Besides deeply caring for children, Alice was an avid dog lover and owned many German shepherds and Akitas. Alice was predeceased by her brother Richard Gemme and goddaughter, Carol Gemme, but survived by her sister, Jean Barber. She leaves behind her six children and their spouses: Karen Battaglio and her husband, Martin; Charles Catania, Jr.; Joseph Catania and his wife Nancy; Stephen Catania and his wife, Kim; Doreen Jennings and her husband Robert Dobson; and Philip Catania and his wife Cheryl. To her children she will always be remembered as a loving mother and friend. Alice's grandchildren include Martin Battaglio, Jr., Stephen Battaglio, Christiana Catania Coburn, Theresa Battaglio, Michael Jennings, Ryan Catania, Colby Catania, Charles Catania III, Megan Catania, Audra Catania, Sarah Dobson, Adam Dobson, and Ryan Dobson. To her grandchildren she will always be remembered as the grandmother who knitted blankets and made cookies. Alice also leaves behind numerous great grandchildren, a special sister-in-law, nieces, and nephews. There will be no calling hours. Instead, a mass will be held on Monday (November 18, 2019) 10:30 a.m. at St. Josephine Bakhita Parish at St. James Church, 767 Elm St. Rocky Hill, CT. Burial will immediately follow in Rose Hill Memorial Park, Rocky Hill. In lieu of flowers, donations can be made to Sisters of Charity, 54 West Main Street, P.O. Box 691, Baltic, CT 06330 or the ASPCA.org. For online expressions of sympathy to the family please visit www.rosehillfuneralhomes.com

The family of Alice Catania created this Life Tributes page to make it easy to share your memories.

Send flowers to the Catania family.