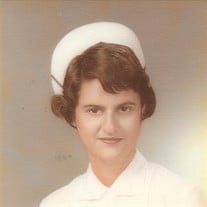 Ann Marie DelMastro died peacefully on Wednesday, September 30, 2015. Born November 24, 1935 in Hartford, she was 79. She was predeceased by her parents Joseph and Frances (DeMonte) DelMastro, as well as her sister Lillian DelMastro, brother Francis Del Mastro and his wife Mary (Flynn) Del Mastro. She graduated Hartford’s Bulkeley High School in 1953, attended St. Joseph College, and received her LPN from St. Francis School of Nursing in 1962. Ann’s nursing skills were put to use employed at Mt. Sinai Hospital as well as the Riverside Health Center in East Hartford where she worked for many years. She lived in Wethersfield before moving to her beloved Rocky Hill condo where she spent her last 30 years and made many friends including John Termaine,Tony, Irene, Bruno and Linda . She could be seen driving around town in her antique Buick- Horace. Besides reading, being an avid Yankee fan, and loving sunflowers which decorated her home in pictures and vases, she enjoyed lively political discussions. Ann also loved quiet walks around the Old Wethersfield green in late afternoons, especially in the autumn, her favorite season. She traveled extensively throughout the United States but loved sunny seaside vacations and was a frequent guest in Florida of cousins, Ruth and Ray Hamel. She also spent vacations in the Caribbean and Europe, including Ireland, visiting the Flynns, her Irish “family.” Ann blazed a trail in music in early high school when she belonged to several choirs and sang popular as well as classical music in concerts. All culminated in the Bushnell Memorial’s Hartford Chorale where she sang in Messiah concerts countless Christmas seasons. But it was Ann’s deep Catholic faith that defined her, and much of her life was connected with church. In 1956 at St. Luke’s in Hartford, and as president of the association, she participated in the Crowning of the Blessed Virgin Mary Pageant. She also sang in St. Luke’s minstrels as well as in Trinity Episcopal Church’s choir in Old Wethersfield. A long-time communicant of Corpus Christi Church in Wethersfield, in her later years, she attended St. James Church in Rocky Hill. She counted many priests and nuns as friends throughout her life. A cousin as well as close friend, Mary Ann (Hamel) Rocheleau, who attended high school with Ann, wrote in her classbook, “My cousin, how lucky I am.” Other cousins share the sentiment, and they together with her friends, will miss Ann’s compassion and ready humor. Ann wrote in a poem, that she “looked upon the cross above, and saw God’s arms stretched out in love.” Those arms are now stretched out to her on her final journey, Heartfelt thanks from Ann’s family are extended to her attorney and friend, Peter Barry, as well as the medical and caregiver staff of St. Mary’s Home in West Hartford for their care. A thank you to her cousins, Nancy and Paige, and friends who recently brightened her room with flowers. Calling hours will be at the Rose Hill Funeral Home on 580 Elm Street in Rocky Hill from 9:30a.m. to 10:30a.m. on Thursday, October 8, followed by a mass celebrated at St. James Church, 767 Elm Street, Rocky Hill at 11a.m. Burial will follow at Rose Hill Cemetery at 580 Elm Street in Rocky Hill.

Ann Marie DelMastro died peacefully on Wednesday, September 30, 2015. Born November 24, 1935 in Hartford, she was 79. She was predeceased by her parents Joseph and Frances (DeMonte) DelMastro, as well as her sister Lillian DelMastro, brother... View Obituary & Service Information

The family of Ann Marie Del Mastro created this Life Tributes page to make it easy to share your memories.