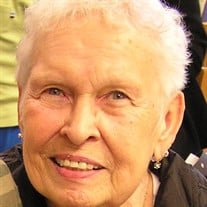 Carol O. Gilnite, 82, of West Hartford, passed away December 14, 2016 at West Hartford Health and Rehabilitation Center. Carol was born in Waterbury, CT, on April 26, 1934 and had been a lifelong resident of West Hartford. She is survived by her five loving daughters, Laurie Gilnite, Cheryl Healy and husband Chris Healy, Linda Gilnite, Susan Gilnite, Karin O’Meara and husband Steve O’Meara and her four adored grandchildren, Caitlin, Brendan, Sean and Erin. She was predeceased by her mother, Ingrid Kristiansen, grandparents, Thoralf and Jenny Kristiansen, and aunts, Randi Krohner and Astrid Stone. Carol had an enormous heart and giving spirit which she shared with her friends and family. She was an unbelievable mother and grandmother who loved the Red Sox, Uconn Basketball, shopping and sunbathing. She was the best babysitter to her grandchildren and loved to take them on walks around the block during her “Grammy” babysitting time when the kids were young. Grammy could also always be counted on to feed her sweet tooth. She was the best dessert eater ever!! She was also a proud and avid fan of Caitlin, Brendan, Sean and Erin’s sports teams and was so proud to watch them on the ball field or in the hockey rink and share in their triumphs and defeats. Carol loved her daughters unconditionally through good times and bad and had daily phone conversations with all of them so that she could keep up with their busy lives. The relationship she had with her daughters truly defined the mother/daughter bond that lasts forever. She was the center of the universe for the family and will be missed by her girls tremendously. The family would like to thank the staff of West Hartford Health and Rehab for taking care of “MA” during the last four years. Having a new place to call home was very important to Carol and her girls as well as her grandchildren. Life will be very different without the daily visits to WHHR. There will be no calling hours and burial will be private.

Carol O. Gilnite, 82, of West Hartford, passed away December 14, 2016 at West Hartford Health and Rehabilitation Center. Carol was born in Waterbury, CT, on April 26, 1934 and had been a lifelong resident of West Hartford. She is survived by... View Obituary & Service Information

The family of Carol Jean Gilnite created this Life Tributes page to make it easy to share your memories.

Send flowers to the Gilnite family.