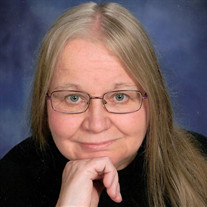 Dorothy Elizabeth Tissair, 71, passed away on May 23, 2020, at Middlesex Hospital in Middletown. Born April 27, 1949, she grew up in Granby, where her parents owned a plumbing and heating business. A 1967 graduate of Pioneer Valley Academy in New Braintree, Massachusetts, Ms. Tissair went on to earn her undergraduate degree from York University in North York, Ontario, Canada in 1972. She lived in the Greater Toronto Area for 19 years. In 1977, Ms. Tissair married Thomas Howell Nesbitt of Belfast, Northern Ireland, with whom she had two sons. In 1988, following her husband's death the preceding year, Ms. Tissair moved with her sons to Old Saybrook, where her family had a home in the Cornfield Point neighborhood. In 1992, Ms. Tissair completed a master's degree in education at Central Connecticut State University. Over three decades, she regularly worked as a substitute teacher in middle and high schools throughout the Valley Shore area of Connecticut. Later in 1998, she went on to earn a master's of library science degree from Southern Connecticut State University and served as a library media specialist in the Hartford Public Schools system. Ms. Tissair was predeceased by her mother, Millicent Elinor Wright Tissair of Trumbull and Old Saybrook, and her father, Waino Tissair of Glendale, Arizona. She is survived by her brother, William Merrill Tissair of Escondido, California, her two sons, William Howell Nesbitt of Old Saybrook and Thomas Waine Nesbitt of Richmond, Virginia, and her twin granddaughters, Evelyn Jane Nesbitt and Gwendolyn Margaret Nesbitt of Richmond, Virginia. Ms. Tissair was an active member of the First Church of Christ in Saybrook (Congregationalist), where she was a deacon and regular attendee at the church's early bird and jazz services. Donations in Ms. Tissair's memory may be made to either the Deacon Fund or the Seward Fund at First Church of Christ in Saybrook (Congregationalist).

Dorothy Elizabeth Tissair, 71, passed away on May 23, 2020, at Middlesex Hospital in Middletown. Born April 27, 1949, she grew up in Granby, where her parents owned a plumbing and heating business. A 1967 graduate of Pioneer Valley Academy... View Obituary & Service Information

The family of Dorothy Tissair created this Life Tributes page to make it easy to share your memories.

Send flowers to the Tissair family.