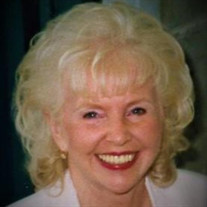 Edith Cecilia ‘Edie’ (Abrahamson) Sullivan, 85, of Hartford, died peacefully on Wednesday, December 23, 2020 at the Avery Heights nursing facility after a long struggle with dementia. Edie was born April 10, 1935 in Dorchester, MA. She was the daughter of the late Knut and Anna Cecelia (Carlsen) Abrahamson who emigrated to the U.S. from Gothenburg (Göteborg), Sweden. Edie lived most of her life in Hartford, but her heart was always in Boston – especially Millet Street. She moved from Dorchester to live with her late husband, Edward M. (Gagnon) Hartford of Quoddy, Maine, in Stuttgart, Germany in 1953, while he was serving in the U.S. Army. They moved to CT in 1957 with their firstborn, Brenda and soon after had their son, Eric. After Eddie’s death, she married her former husband, Neil Sullivan, and moved into her lifetime home on Linnmoore Street in Hartford where she resided for more than fifty years. Edie and Neil were later blessed with a daughter, their third child,Ingrid. Edie held several jobs, including an office worker at the former Royal Typewriter company, an elevator operator at G. Fox & Co., in the secretarial pool of the CT Department of Environmental Protection, and at the Travelers, but spent most of her career working in the Hartford school system as a paraprofessional and subsequently as an office assistant in the principal’s office at Rawson, Dwight, and Clark schools. At the age of 81, she continued to work a few hours a week at Newington High School as a hall monitor where she enjoyed her interactions with the students. She loved talking with young people. We often joked she was the reason why they were late for class. Edie was also an amazing photographer and watercolor artist. We often complained about having to stop and take a picture, but we are ever so grateful for all of the captured memories. She looked forward to her weekly painting sessions with her fellow artists and going on their annual trip to Maine. She loved to go for long car rides and enjoy the sights, especially near the ocean. She also was a regular fixture at the Wethersfield Cove and Rocky Hill Ferry parks. Being near the water was her happy place. People were always attracted to her, and sometimes even mistook her for an aging film star, #TheyCallMeMarilyn. She had a smile that would light up a room. She loved to be the center of attention. She loved a good party, dancing, laughing and flirting. She loved talking to everyone and always had a story to share. At Avery, she never missed a musical performance and often stayed afterwards to talk with the musicians. She loved her cats, Alice and Flo. They gave her someone to talk to, care for and love every day, which was so important these past couple of years. Most of all, she loved her family. She often referred to her children as her three jewels. She loved her grandsons to the moon, and back and was so excited to become a great grandmother. She was happiest when we were all together. Edie was predeceased by her parents, her brothers George, Gus and Erik Abrahamson and an infant sister, and her aunt and uncle Olga and Gosta Bengston. She is survived by her daughter, Brenda Sullivan, who resides in Willimantic, CT; her son, Eric Sullivan and his wife Colleen of Wethersfield, CT; her daughter, Ingrid Sullivan Napoletano and her husband Jeff of Newington, CT; her cherished grandsons, Ryan Sullivan and Jason Sullivan and Jason’s wife, Alexa; and her great granddaughter, Emerysn ‘Emmy’; her ‘adopted’ children, Lori Bouthet Freeman, her husband, Dan and their daughters, Alexandra and Morgan of Newington, CT and Kathryn Skwara Moran and her husband, Michael of Gilbert, AZ. She also leaves her sister-in-law Agnes Abrahamson, and her nieces and nephews Nancy, Susan, Linda, Marguerite, George and Carl, as well as extended family members living in Sweden. Her family would like to express thanks to all of her special friends and family who helped her live independently and find joy during her past few years living with Alzheimer’s. Private services for the family will be at Rose Hill Funeral Home in Rocky Hill, CT on January 5, 2020. In lieu of flowers, donations may be made in her name to Our Companions Animal Rescue and Sanctuary, ourcompanions.org.

The family of Edith Cecelia Sullivan created this Life Tributes page to make it easy to share your memories.

Send flowers to the Sullivan family.