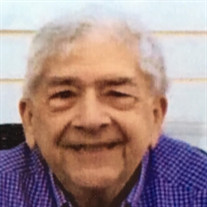 OBITUARY JOHN F WOOLLEY ROCKY HILL, CT John F Woolley, Jr., 80, of Rocky Hill, died peacefully, surrounded by his family, on October 5, in Torrington, the city of his birth. He was the beloved son of the late John F Woolley, and of Mabel (Gioia) Woolley, (still of Bakerville), where the family moved on Labor Day weekend, 1941, and where he spent his formative years on Maple Hollow Road. Born on August 16, 1937, he was a graduate of Torrington High School, Class of 1955, and of Trinity College, Class of 1961. He began his career teaching at St. Mark’s Episcopal School in Salt Lake City, before feeling the call of New England once again. He then began his 53 year career at Close, Jensen, and Miller Civil Engineering in Wethersfield where he continued to work into his 81st year. Without exaggeration, John was variously described by his family, extended family, and friends as “brilliant, a Renaissance man, a great man, and wonderful”. He was also possessed of a subtle and insightful wit, that he could convey even with a mere raising of the eyebrows. And a better, more kind and loving heart and soul one could never find. He was a talented musician, and sang tenor with St. Andrew the Apostle Choir, the New Britain Chorale, and the Greater Middletown Chorale, and was a member of the Board of Directors of CONCORA. He was a generous supporter of all of those organizations. John was also a generous supporter of the Metropolitan Opera, and could invariably be found listening, whether on land or on the road, to the Saturday afternoon live opera broadcast from “the Met” on WNPR. As a parishioner of St. Andrew he served many years as a delegate to the Episcopal Diocese of CT annual convention. John loved travel, whether to Italy, Ireland, or Eastern Europe, and could usually be found planning his next trip abroad, or perhaps to Symphony Hall in Chicago or Carnegie Hall in New York. He shared with us the lives of his many friends whom he loved as well; from his “CJM” family, his numerous choral families, and his St. Andrew family. He leaves his love and memories to his mother Mabel (Gioia) Woolley of Bakerville, his brother David G. Woolley (Jeanne M.) of Harwinton, and his sisters Mary Florio Pia (Albert) and Deborah Woolley Reardon (Bill), both also of Bakerville. In addition, he leaves his nieces Tammy Davis (Ken) of Avon, Kathleen (Desiree) Johndrow of West Hartford, and his nephews Dwight W. (Kip) Florio, Jr, of New Britain, and Patrick W. Reardon (Katie) of Farmington. He also leaves grand nephews Justin Florio and Jacob Florio, both of Torrington, grand nephew Benjamin Davis of Avon, grand nephew Nathan Johndrow and grand niece Norah Johndrow, both of West Hartford, and grand nephew James Reardon of Farmington. John was predeceased by his father John F. Woolley (Pop) in 1993. John’s was a life well-lived, and we will cherish his memory. Arrangements by Rosehill Funeral Home, 580 Elm St, Rocky Hill. Calling hours Monday, Oct 9, 4-7 PM. Funeral at The Church of St. Andrew the Apostle, 331 Orchard St, Rocky Hill at 11:00AM on Tuesday October 10.

OBITUARY JOHN F WOOLLEY ROCKY HILL, CT John F Woolley, Jr., 80, of Rocky Hill, died peacefully, surrounded by his family, on October 5, in Torrington, the city of his birth. He was the beloved son of the late John F Woolley, and of Mabel (Gioia)... View Obituary & Service Information

The family of Mr. John F. Woolley Jr. created this Life Tributes page to make it easy to share your memories.

Send flowers to the Woolley family.