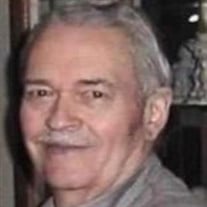 Joseph Peter Kunzelman of Rocky Hill, CT passed away on Sunday, September 6, 2020. Joseph was born on December 2, 1937, in Yugoslavia, the son of Jacob and Katrina Haas Kunzelman. He lost his father, Jacob, and two sisters, Barbara and Patty, during World War II. His mother later married Ivan Kostyn. At the end of the war, the three immigrated to the United States, eventually settling in New Jersey to work on a chicken farm. In 1954, they moved to Rocky Hill, CT. Joe was enrolled at Vinal Regional Vocational Technical School in Middletown where he majored in and graduated with an Auto Mechanic Degree. He became a milkman for Charles B. Gilbert Dairy where he met and later married the boss’ daughter, Janet. After some time with Gilbert Dairy, he began working for Guida’s Dairy in New Britain until his retirement. Some will remember Joe as the “Avon Man”, as he helped his wife with delivering orders. He enjoyed gardening and bird watching, and he was an avid fan of the Yankee’s as well as UCONN basketball. He was a member of the Rocky Hill Congregational Church and the Rocky Hill Historical Society. Everybody loved Joe; he will be missed by all. In addition to his father and two sisters, Joe was pre-deceased by his mother, Katrina, his stepfather, Ivan, and also by his little dog, Chiko. He leaves behind the love of his life, Janet Gilbert Kunzelman, and his three daughters: Kathy Hundley and her husband, Lloyd Hundley, of Rocky Hill; Donna Grant and her husband, Rupert Grant, of West Hartford; and Elizabeth Fried of Norwich. In addition, he leaves behind four grandsons: Charles Kunzelman and his wife, Julie Kunzelman, of Wethersfield; David Grant of West Hartford; Anthony Grant of Manchester; and Samuel Fried of Newington. Joseph also left behind three great-grandchildren: Kyle and Collin Kunzelman of Wethersfield; and Harper Grant of Manchester. Calling Hours will be held on Thurs. Sept. 10th from 10am to 12pm at Rose Hill Funeral Home, located at 580 Elm Street in Rocky Hill. Due to COVID19, Attendance numbers in the funeral home will be monitored and face masks will be required throughout the services. Donations in his memory may be made to either: Rocky Hill Congregational Church 805 Old Main Street Rocky Hill, CT 06067 or Rocky Hill Volunteer Ambulance 3050 Main Street Rocky Hill, CT 06067. Please share online expressions of sympathy, memories or photo tributes at www.rosehillfuneralhomes.com.

Joseph Peter Kunzelman of Rocky Hill, CT passed away on Sunday, September 6, 2020. Joseph was born on December 2, 1937, in Yugoslavia, the son of Jacob and Katrina Haas Kunzelman. He lost his father, Jacob, and two sisters, Barbara and Patty,... View Obituary & Service Information

The family of Joseph Kunzelman created this Life Tributes page to make it easy to share your memories.

Send flowers to the Kunzelman family.