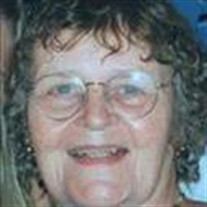 Louise Schindler Homicki, of Chester, Connecticut, formerly of Wethersfield, died peacefully on Friday, February 26th. Beloved wife of the late Harry Homicki; Louise was born in New Haven on August 17, 1927. As a registered nurse, she started her career at Middlesex and Hartford Hospitals and was then employed at the Hartford Methadone clinic followed by the hospitals at the Hartford and Montville correctional facilities. Louise is survived by her children: daughter, Mary Louise (Murphy) Homicki of Glenside, PA; sons, Anthony Homicki and friend Linda Tajirian of Wethersfield, and Charles Homicki of Haddam. She is also survived by her grandchildren and great grandchildren, her "trophies," Andy Jaye and girlfriend Betsy Kellander of Brookline, MA; Benjamin Jaye and his fiancé Laura Baehr of Philadelphia, PA; Kate and Jeff Morrison of Columbia, CT; and great grandsons Jaymeson, Kolton, and Garrett; Elizabeth and Michael Cauldwell of New York, NY; Jessica Homicki, Juilette Homicki and Nora Homicki. She is predeceased by her daughter, Lisa Homicki; and son in law, Michael Jaye. Louise loved traveling, good food, and playing cards. She had a great sense of humor. She touched the lives of everyone she met. There were many extended family members and close friends that Louise mentored: be it cousins, nieces, and nephews, as well as neighborhood friends. These people are etched in the hearts of Murphy, Anthony and Charles. Calling hours will be Monday evening at the Rose Hill Funeral Home, 580 Elm Street, Rocky Hill Ct. from 5:00-8:00 pm with a funeral mass at the Episcopal Trinity Church 300 Main Street in Old Wethersfield at 10:00am on Tuesday. Memorial contributions are fondly suggested in lieu of flowers to the St. Jude's Children Research Hospital, 501 St. Jude's Place, Memphis, TN 38105.

The family of Louise Homicki created this Life Tributes page to make it easy to share your memories.

Send flowers to the Homicki family.