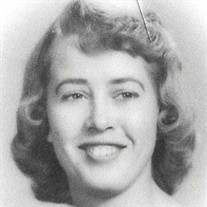 Mary was born in Brattleboro, VT on June 6, 1936, the daughter of the late Arthur and Eleanor (Robbins) Pease. She grew up in Vermont and after graduating from Brattleboro High School, attended Bryant University in Providence, RI where she received an Executive Secretary degree. Upon graduation, she moved to Connecticut where she was employed as an executive secretary for Pratt and Whitney. It was in her new, home state that she met and married the love of her life, Al. They were married in 1963 and have three daughters. Mary left Pratt and Whitney to raise her daughters. While doing so, she was active in her community of Rocky Hill. Mary's civic responsibilities included President of the Jr. Woman's Club, Secretary to the Civic Improvement League, member of the Name the Park Commission, Recording Secretary to the Town Council, was the first Secretary to the new, realigned Town Council and Charter, Secretary to the Board of Education and the Rocky Hill Police Commissioners. She also helped raise funds for various charitable organizations and received a special award from the Heart Association. In 1978, Mary returned to work full time and held a variety of positions within the Rocky Hill School District. She enjoyed working with students, parents and the general public and was always friendly and helpful to everyone she encountered. She retired from the town in December, 2002. During her retirement, she enjoyed spending time with her family and watching UCONN basketball games with her husband. She and Al continued to enjoy their time at Nelson's Family Campground where they spent every summer for nearly 45 years. There, they enjoyed socializing with friends, both old and new. Mary is survived by her loving husband of 52 years, Alexander J. Brilliant, Jr.; three daughters and their husbands; Cynthia and Glenn Bartkowski of Manchester, Lynn and Robert DeYoung of Ellington and Lisa and Douglas Alexander of Avon; grandchildren Michelle, Benjamin, Molly, Parker and Audrey. She also leaves behind her siblings; Warren and Lois Pease of Brattleboro, VT, Robert and Shirley Pease of Wilmington, VT and Sara Morse of Brattleboro, VT; several nieces and nephews and long-time family friend, Kent Hammerlind of Newport, NH Family and friends are invited to gather on Wednesday, February 10th from 5-7pm at Rose Hill Funeral Home in Rocky Hill, CT. Burial will be private. In lieu of flowers, donations can be made to the charity of the donors choice.

Mary was born in Brattleboro, VT on June 6, 1936, the daughter of the late Arthur and Eleanor (Robbins) Pease. She grew up in Vermont and after graduating from Brattleboro High School, attended Bryant University in Providence, RI where she received... View Obituary & Service Information

The family of Mary P. Brilliant created this Life Tributes page to make it easy to share your memories.

Send flowers to the Brilliant family.