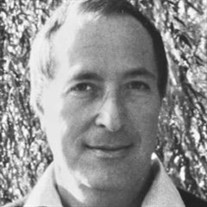 SESSA, Paul Michael. Paul Michael Sessa, 97, passed away on September 19, 2021. He was born in Wethersfield on September 29, 1923 to Filomena Vasques and Paul Sessa. He grew up in Hartford and resided in West Hartford for over fifty years. He has been living in Bloomfield the last ten years. Graduating from Bulkeley High School in 1940, he was awarded two prizes: The Good Citizenship Award and The 1934 Mathematics Award. He was still sixteen when he matriculated at Trinity College with the class of 1944. He enlisted in the Army in 1942 and was discharged in 1946 after serving in the South Pacific. He received his Bachelor’s Degree in 1947. He also attended Stanford University in Palo Alto California as well as the UConn School of Law. His business career began with The Hartford Insurance Group. In 1952 he joined the fledgling Wolcott Company, developers of the Easy Off Oven Cleaner which was manufactured in a chicken barn in Canton. The first jar of Easy Off was sold in the notions department of Sage Allen’s department store in downtown Hartford. In 1955 he joined Pan Am American Airways in their executive program and was assigned eventually to the San Paola, Brazil office. Upon his return from South America he, along with two associates, founded Tressard Associates, a fabric and wallpaper design firm which is now a multi-national company with offices in the D & D building in New York. Returning to Hartford in 1959 he rejoined The Hartford Group from which he retired in 1984 as a Superintendent at The Hartford Life Company. Also, in 1969, as a sideline, his entrepreneurial spirit led him to join a business partner in establishing the Finishing Touch in Canton, a high end home furnishings and accessories center, where he served as President of the firm. Paul loved to travel, play bridge and dance. He leaves two nephews Charles Olesen of Southington and Drew Olesen and his wife, Linda, of Wethersfield. He leaves his great nephew Bruce Backman of Avon. He also leaves his great nieces Valerie Backman-Peplau and her husband, Keith, of Farmington, Michelle Olesen Rossetti and her partner, Duke, of Florida and Stacy Lynn Barry of Colorado. He will also be missed by his several great great nieces and great great nephews. A Mass of Christian Burial will be held on Friday (September 24, 2021) at 10 AM in Peter Claver Church, 47 Pleasant Street, West Hartford. Everyone is asked to meet directly at the church and MASKS are required for all indoor portions of the funeral service. A private family burial will take place in Rose Hill Memorial Park. Please share online expressions of sympathy, memories, or photo tributes at www.rosehillfuneralhomes.com.

SESSA, Paul Michael. Paul Michael Sessa, 97, passed away on September 19, 2021. He was born in Wethersfield on September 29, 1923 to Filomena Vasques and Paul Sessa. He grew up in Hartford and resided in West Hartford for over fifty years.... View Obituary & Service Information

The family of Paul Michael Sessa created this Life Tributes page to make it easy to share your memories.

Send flowers to the Sessa family.