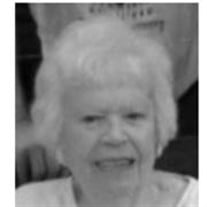 Rita Irene Wilkie, a proud member of the “greatest generation”, passed to eternal life at the age of 96 on March 15, 2018. She was preceded in death by her husband William P. Wilkie. Rita was born February 16, 1922, to Napoleon and Laura (Robins) Brassard in New Bedford, MA. Most of her life she resided in E. Hartford, CT. Rita was a devoted mother, grandmother, great-grandmother, great-great-grandmother, aunt and friend to many. She leaves to mourn her passing; three sons, Denis (Susan) Medeiros, Dave (Angel) Medeiros, James Maurer, two stepdaughters, Gail Johnson and Beverly (Don) Zura. She was preceded in death by stepdaughter Gloria (Roland) Machia. Rita was blessed with many grandchildren; Kathryn Medeiros, Bella Medeiros, Jimmy Machia, Larry Machia, Michelle Edwards, Chris Zura, Laurie DeValve and Brent Johnson, fifteen great-grandchildren and six great-great-grandchildren. A close neighbor and friend Tommy (Cindy) Territo was considered another son for all the help he gave her. Rita was an outstanding clothing designer making clothing for herself and family. She loved to cook and bake; and always received rave reviews for her baked stuffed shrimp. Rita always had a delightful sense of humor and made friends easily. She worked both as a machinist early in life and later for Connecticut Bank and Trust Co. Her younger colleagues referred to her as Dr. Ruth for the advice and guidance she would give them. One of her favorite past times was her involvement with the Red Hat Society and playing Bingo at the Senior Citizen Center of E. Hartford CT. She led her life her way per Frank Sinatra's song " I did it my way". Viewing will be Friday, March 23, 2018, from 9-11 am with funeral following at 11 am, Rose Hill Funeral Home, 580 Elm St, Rocky Hill, CT. In lieu of flowers, memorial contributions may be made to the East Hartford Senior Center, 70 Canterbury St., E. Hartford CT 06118.

The family of Rita Irene Wilkie created this Life Tributes page to make it easy to share your memories.

Rita Irene Wilkie, a proud member of the “greatest generation”,...

Send flowers to the Wilkie family.