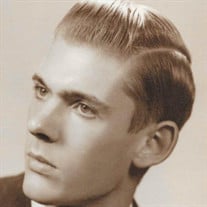 Robert Charles Nelson, 78, of Waterford and formerly of East Hartford, passed away on Monday, August 28, 2017. He was the beloved husband of 38 years to the late Alice Mae Ruth Stearns Nelson. Born in Hartford, he was the son of the late Frank Walter and Laurel Kemmerer Nelson of West Hartford. He graduated from the University of CT. Robert resided most of his life in East Hartford and retired from Pratt & Whitney Aircraft, UTC in East Hartford CT, from the Engineering Department. He began his career as a data processor in the 1960’s. He served in the U.S. Army, Connecticut National Guard and graduated from OCS in August of 1962, where he served until the late 1960’s. He was in the Signal Corp and abided by the cadence of the military all his days. First, he was a musician: he played clarinet and saxophone. He started playing in Big Bands while in High School. 40’s music was his first love. He was a model railroader and all around handyman including collecting and tinkering with cars. He loved the beach and boating and spent many summers at Hawk’s Nest Beach in Old Lyme, CT and Cape Cod, MA. He owned several boats and enjoyed fishing. He was a 32nd degree Mason, Scottish Rite, Lodge Brainard #102 AF & AM Niantic. This was his 50th year as a Freemason. He was a musical director of the Sphinx Shriners and Dance Band in which he was active in for over 40 years in several roles. He was the glue that kept the band together. Robert leaves behind his companion of 17 years, Barbara Hefferman of Waterford, who has three children, Diane Nazarchyk and husband John, Donna Joyce, and John Hefferman, who came to be a part of his extended family. He leaves behind his children, Arlene Nelson Valis and husband John Valis of St. Johns, FL, Rick Nelson and wife Julie Todeschini Nelson of Niantic, CT and Karen Nelson Gilbert and husband Peter Gilbert of East Hartford, grandchildren, Nicholas Valis of Atlanta, GA, Kristin Valis Bernazard and husband Tony Bernazard of Kennesaw, GA, Breanne Valis of Las Vegas, NV, and Alison Gilbert of East Hartford, CT. He also leaves his great grandchildren, Ariana and Maddox Bernazard of Kennesaw, GA and many nieces and nephews and their children. A funeral service will be held on Friday, September 1st at 1:00pm at the Rose Hill Funeral Home, 580 Elm St, Rocky Hill, CT. Burial with Military Honors will follow in Rose Hill Memorial Park. Calling Hours will be Thursday, August 31st, from 5:00-8:00pm at the funeral home. In lieu of flowers, please make donations to the Shriners Hospital for Children-Springfield, MA which may be made online at shrinershospitalforchildren.org

Robert Charles Nelson, 78, of Waterford and formerly of East Hartford, passed away on Monday, August 28, 2017. He was the beloved husband of 38 years to the late Alice Mae Ruth Stearns Nelson. Born in Hartford, he was the son of the late Frank... View Obituary & Service Information

The family of Robert Charles Nelson created this Life Tributes page to make it easy to share your memories.

Robert Charles Nelson, 78, of Waterford and formerly of East...

Send flowers to the Nelson family.