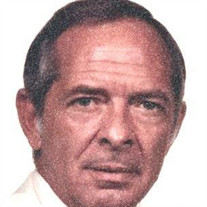 S Richard Rand, a retired Foreign Service Officer who served as Consul General to Bermuda and Bangkok, Thailand passed peacefully on September 30, 2016 in Fernandina Beach, Florida. Mr. Rand was born in Hartford, Connecticut on May 24, 1929. He attended local schools, graduating from Wethersfield High School in 1947. He attended Syracuse University and graduated from the University of Miami School of Law. He was a Sloan Fellow graduate of the Stanford University Graduate School of Business. In 1951 he married the former June Sagan of Wethersfield, CT. Mr. Rand joined the Department of State as an Attorney Advisor in 1962 and was awarded the Department's Distinguished Service Award in 1964. Mr. Rand's twenty-seven-year Foreign Service career included postings in Marseille and Paris, France; Vientiane, Laos; Bern, Switzerland; Bermuda; and Bangkok. While in Laos, during the height of the Vietnam War, he served as the U.S. Government's principal coordinator for POW/MIA affairs for Southeast Asia. In Switzerland and Thailand, he served as principal negotiator of two bilateral treaties related to Judicial Assistance. In retirement, Mr. and Mrs. Rand maintained a principal residence in Washington, D.C., and a summer home in Ophelia, Virginia where he was an avid recreational fisherman. He was an excellent cook and loved preparing gourmet meals for family and friends. He provided joyous delight to his granddaughters by hand crafting elaborate holiday and birthday cards over the years. He and his surviving wife of 65 years, June Sagan Rand, first met in the seventh grade in Wethersfield, Connecticut. He is also survived by his brother Joseph Randazzo of Fernandina Beach; three children, Steven Mark Randazzo (Yeshica Weerasekera) of San Francisco; Lisa Rand Peat (David Peat) of Fernandina Beach; and Richard Rand (Kelly Pask) of Los Angeles; four granddaughters, Devin Peat Martin, Taylor Peat Sapp, Samudra Randazzo, and Charlotte Rand; and six great grandchildren. A funeral service will be held on Saturday, October 15 at 11 AM at the Rose Hill Funeral Home, 580 Elm St. Rocky Hill. Family and friends are invited to call at the funeral home on Friday from 5 PM to 7 PM, and on Saturday from 10 AM to 11 AM just prior to the service.

The family of S. Richard Rand created this Life Tributes page to make it easy to share your memories.

Send flowers to the Rand family.