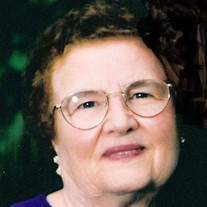 Beloved mother, wife, nonna, sister and zia, Santa, ‘Santina’ (Gionfriddo) Perruccio of West Hartford, formerly of Hartford, passed into the arms of our Lord on December 29, 2018. She was 83 years young and was predeceased by her husband 3 years ago, Salvatore Perruccio, after 55 years of marriage. She was born on March 10, 1935 in Palazzolo Acreide, Siracusa, Sicily, Italy and grew up in the same town. In 1956 Santina’s father, Santo Gionfriddo, was given the opportunity to come to America with his wife and three children. They had less than three months to complete the paperwork for their visas or Santina, the oldest daughter, would turn 21 and be considered an adult and would not be able to go. Because they did not want to chance this opportunity or make a hard decision to possibly leave their oldest daughter behind, they contacted a Rhode Island Senator, where their sponsors lived and explained the situation. The Senator was in full support and contacted the American Consulate in Sicily and approval was granted to ensure their name would be called before Santina turned 21. On May 9th 1956, the Gionfriddo family left from Naples, Italy on the Andrea Doria cruise-liner and arrived in New York on May 17, 1956. Santina immediately found a job and worked nights making artificial flowers. She went to school during the day to learn the English language. Because her opportunity to come to America was once uncertain, it was a great honor and accomplishment when she became a US citizen in 1961. She never took this for granted. In 1959, she married Salvatore Perruccio and in 1965 her and her husband started their livelihood in the restaurant business. They owned several restaurants in a span of 30 years and in 1995 sold their business. At the age of 60, Santina was happy to retire and spend more time with her grandchildren. She was a trained seamstress in Italy, sewing her first wedding dress at the age of 16 and taught others how to sew. She later took pride in sewing clothes for her four daughters when they were younger. She loved to cook Italian meals for Sunday family gatherings that she so cherished, but, her greatest joy was the love of her family, especially her twelve grandchildren. Everyone who met her and knew her, loved her because she was kind to everyone. She was always positive and smiling and thanked God every day for her many blessings, especially the big family she had always dreamt of as a little girl. Santina is survived by her four devoted daughters, Tina Papa and husband Ettore of Granby and their children, Nicholas, Christopher, Anthony and his wife Samantha, Michael and Olivia, Mary Hale of West Hartford and former spouse Andrew and their children, Christina and Sophia, Josie Pelegano and husband Brandon of Southington and their children, Joseph and Ryan and Lucy Mann and her husband Steve from South Windsor and their children, Jessica, Kelli and Nicole; her brother Joe Gionfriddo and his wife Angela of Rocky Hill, her sister Carmela Oliveri and late husband Benny of Rocky Hill, her wonderful nephews, especially Michael and David, niece, cousins and friends. Many thanks to her loving in-home caregivers, especially Jean and Zophia as well as the many wonderful caregivers at the Hebrew Home in West Hartford and the compassionate hospice staff at Constellation Health Services in Norwalk. Calling hours will be Monday, January 7, from 4:00 p.m. - 7:00 p.m. at the Rose Hill Funeral Home, 580 Elm St., Rocky Hill. There will also be a calling hour on Tuesday morning (January 8), from 9:30 a.m. – 10:30 a.m., followed by a Mass of Christian Burial at 11:00 a.m. at Christ the King Parish at Corpus Christi Church, 601 Silas Deane Highway, Wethersfield. Burial will follow in Rose Hill Memorial Park. Donations in Santina’s memory can be made to Alzheimer's Association (alz.org). To share a memory or photo of Santina with her family, please visit www.rosehillfuneralhomes.com

Beloved mother, wife, nonna, sister and zia, Santa, &#8216;Santina&#8217; (Gionfriddo) Perruccio of West Hartford, formerly of Hartford, passed into the arms of our Lord on December 29, 2018. She was 83 years young and was predeceased by her... View Obituary & Service Information

The family of Santa Perruccio created this Life Tributes page to make it easy to share your memories.

Send flowers to the Perruccio family.