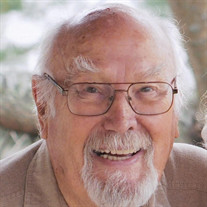 Victor Edward Preissner, 95 of Marlborough beloved husband to Ann (Connor) Preissner for thirty-five years passed away peacefully at home. He always remembered Pearl Harbor Day each year and would remark on it. It is fitting that he left the world on that anniversary, December 7, 2020. He was a loving and kind husband, father, brother, grandfather, uncle, step-father, and great-grandfather. In addition to his wife, he is survived by his son, Mark Preissner and wife, Lynn, daughter Mary Fuller and husband, Edward Wodzicki, and daughter, Lauren Roche. He leaves his grandchildren, Katie, Kristin, Kelly, Andrew, Matthew, Tara, Jack, Danielle, Edward, and Nicole and their spouses, and nine great-grandchildren. He leaves his step-children, the Ladd's: David, Christine, Jane, Mary Beth, Carol and Patrick and their spouses as well as fifteen step-grandchildren. He also leaves three nieces, Joan Ryan, Joyce Johnson and Janice Piazza and their husbands. Vic and Ann grew up unknown to each other in Hartford's South end a block apart. Vic found humor in telling the story of how Ann's mother wouldn't allow her to go "down the street because there are fresh boys who live there." And then Ann married one of "those boys". Vic graduated from Bulkeley High School in 1943 and was immediately drafted into the Army. Vic served his country proudly, eventually achieving the rank of sergeant during WWII. He landed during the invasion of Normandy on Utah Beach on June 13, 1944. Willing always to share his views on any war, and the current state of the world, he was a proud veteran. As a member of the American Legion and the Veterans of Foreign Wars as well as the Military Order of the Purple Heart, he is also a charter member of the WWII Memorial and WWII Museum, the U.S. Army Museum, and the Disabled Veterans of America. He was employed by the U. S. Postal Service for 35 years. Vic was an avid reader, enjoying books and periodicals about history and the military. Fortunately, he maintained his strength, robust physique and mental acuity well into the last years of his full life. To know Vic, is to know his patience with anything mechanical, his love of corny jokes, and his good nature. He will be fondly remembered as being comfortable accumulating old possessions, especially cars and car parts. He enjoyed travel, especially driving, crossing the U.S. twice. He and Ann flew on vacation to Europe many times. As he aged, and walking became more difficult, they took cruises to the Caribbean, Alaska and Canada. He is predeceased by his first wife, Jeanne Quinn Preissner in 1971 and his parents Victor Emmanuel Preissner and Elfrieda (Bender) Preissner, his daughter, Beth Page, and sisters, Evelyn Kellerstrauss and Marjorie Preissner and a step-grandson. Family and friends may gather at Rose Hill Memorial Park Rocky Hill, CT 06067 on Monday, December 14th, 2020 at 1:30pm for a graveside service with military honors. Social distancing and face masks are mandatory. A memorial of Vic’s life will be held at a later date. Please share online condolences, memories, or photo tributes at Rosehillfuneralhomes.com.

Victor Edward Preissner, 95 of Marlborough beloved husband to Ann (Connor) Preissner for thirty-five years passed away peacefully at home. He always remembered Pearl Harbor Day each year and would remark on it. It is fitting that he left the... View Obituary & Service Information

The family of Victor Edward Preissner created this Life Tributes page to make it easy to share your memories.

Send flowers to the Preissner family.